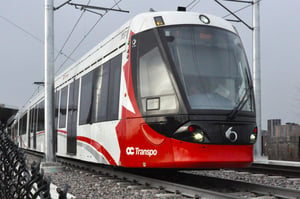 The Ottawa Confederation Line LRT (Stage 1) won a 2020 Engineering Excellence Diamond Award from the American Council of Engineering Companies (ACEC) New York. The project will also represent the ACEC of New York in the upcoming national competition sponsored by ACEC. 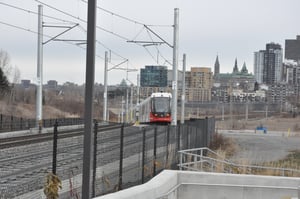 Each year, projects are judged by a panel of industry experts and selected based on their complexity, innovation and value to society. The awards will be presented at a gala in New York City on April 4, 2020.

Morrison Hershfield played a leading role in the Preliminary Design and Project Management JV team (Owner’s Technical Advisors) that prepared the Preliminary Engineering Design and Project Specific Output Specifications (PSOS) for this transformative public transit project. The project is supported by the federal, provincial and municipal governments, and was carried out under a P3 Design-Build-Finance-Maintain project delivery model. 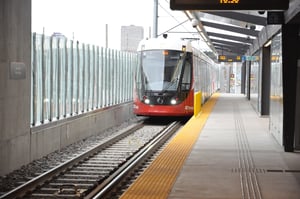 As part of an ambitious plan to develop a world-class transportation system and help spur economic growth, the City of Ottawa constructed a new 12.5 km light rail transit network across the city. It includes a 2.5 km tunnel under the downtown core and the conversion of the exclusive bus transitway to Blair Road in the East and Tunney’s Pasture in the West.  This is the first such conversion of a fully segregated bus transitway to an LRT system ever undertaken in North America.

The project includes 13 stations, two of which are in the tunnel portion, one in the cut and cover portion and the remaining 10 stations at-grade within the existing transitway, and the construction of a state-of-the-art of a maintenance and storage facility (MSF), the ‘Belfast Yard’, to accommodate the fleet of new LRT vehicles. 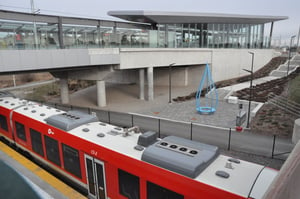 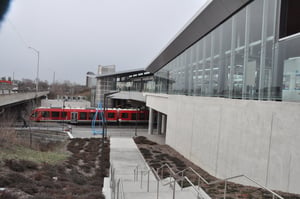 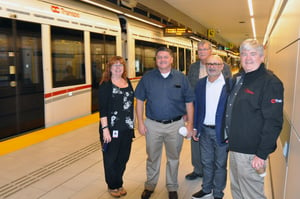 Ottawa’s new Confederation Line opened to users in September 2019. It is an integral part of a world-class mass transit system that will serve the city well into the future. It was designed and built to better integrate with Ottawa’s bicycle infrastructure network and stands to improve the environment by reducing traffic congestion and the associated GHGs, and through running zero emission electric trains.