Shea McKeon, Electrical Engineer, was announced as the winner of the Young Mission Critical Engineer of the Year award by Data Centre Dynamics (DCD) on December 7, 2017 at Royal Lancaster London.

The Young Mission Critical Engineer of the Year award is a very prestigious acknowledgement that recognizes a young leader under 30, who has achieved a higher client-facing profile than their tender years and has a proven track record of achievement in project leadership and delivery. 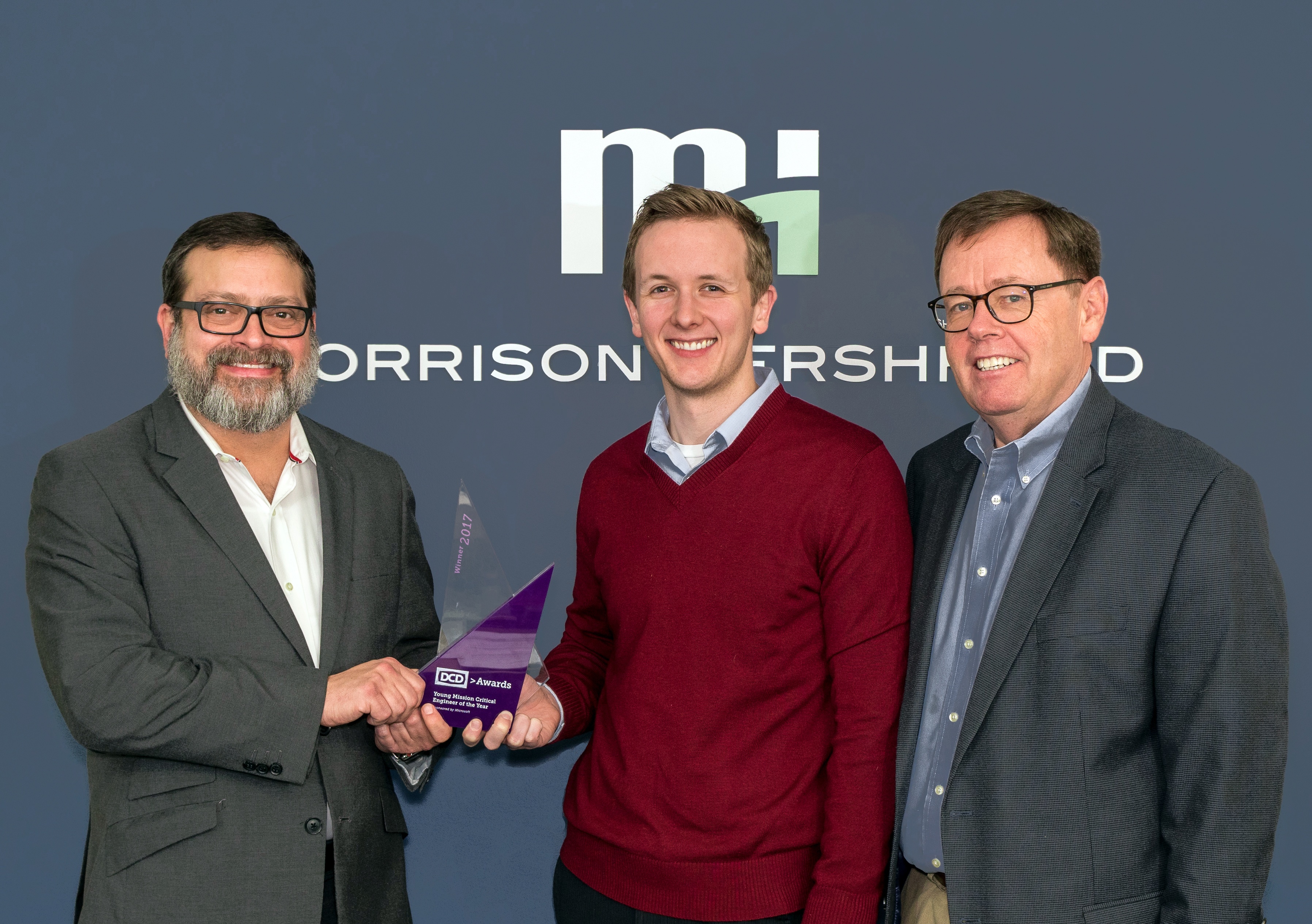 “Receiving this award means a great deal to me, especially knowing the caliber of my fellow nominees. I am particularly thankful for DCD as they are shining a spotlight on the future of the industry, our young engineers,” said Shea McKeon.

This year, Data Centre Dynamics consolidated its previously regionalized industry awards into one category, the Young Mission Critical Engineer of the Year Award. This made the award more notable but also heightened the competition, as applicants included not only mechanical and electrical engineers, but also architecture and software professionals.

“Our organization is very proud to attract, train and mentor highly talented young leaders like McKeon, who set the bar for excellence in the industry,” said Sean Smith, Director, Critical Facilities