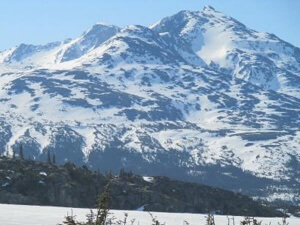 Morrison Hershfield, in partnership with InterGroup Consultants, Access Consulting Group and Alaska based Dryden & LaRue, has been chosen as the successful proponent for the Viability Analysis of Southeast Alaska and Yukon Economic Development Corridor. The focus of this assignment is to examine the economic and technical feasibility of a transmission connection and to identify the most viable scenario that represents the greatest net benefit to both the Yukon Territory and State of Alaska.

Based from our Whitehorse office, the Morrison Hershfield team, led by Forest Pearson, will be working with our partners to establish technical feasibility scenarios, evaluate current contracts and scope of work for constructing and operating a proposed hydroelectric generation facility, examine the technical and financial practicality associated with the transmission of electricity through the rugged, avalanche prone White Pass, famous for the formidable challenge it presented the stampeders of the 1898 Klondike Gold Rush.

This is a high profile project for both the Yukon and State of Alaska Governments. Government and Industry drivers identified the Corridor concept to foster across border joint economic action that will benefit both Alaska and the Yukon. A number of previous studies, carried out in the early 1980’s, explored the potential of developing hydro power at West Creek, near Skagway, Alaska, and a powerline between Skagway and Whitehorse, Yukon. Recently, the feasibility of establishing a telecommunications link from Whitehorse to Skagway, and further analysis of the power potential on West Creek have been undertaken.

The ultimate outcome is to foster international collaboration by improving the economics of development opportunities, and provide opportunities for economic development to partners not necessarily associated with electricity generation or transmission or with the provision of telecommunications services.