Access to Amherst Island and Wolfe Island in Eastern Ontario is being improved with new environmentally friendly electric ferries and reconstructed ferry docks. The upgraded ferry docks dramatically increase accessibility to and from the islands and increase both the capacity of service per boat and the potential to increase the frequency of the trips. 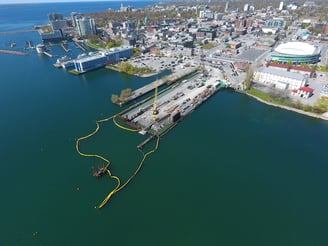 Ontario estimates its greenhouse gas emissions will be reduced by the equivalent of 446 million kilograms of carbon dioxide over the ferries’ 60-year lifespans. This long-term benefit of reduced CO2 emissions is impressive; however, any project of this size has environmental risks that must be evaluated and mitigated.

In the areas of the new ferry docks, environmental compensation measures were implemented to offset areas of habitat loss. These resource-based solutions protect, enhance, and restore potential losses of biodiversity resulting from the project.

The Largest Dredging Project in Canada Since 1890

The Wolfe Island ferry dock project required the most extensive dredging, for a project in Canada, since the St. Lawrence Seaway was established. Due to the extent of dredging and increase in ferry dock size, the project had to be approved by Fisheries and Oceans Canada (DFO) through the Fisheries Act Authorization process. Morrison Hershfield’s team of biologists analyzed the project’s potential environmental impacts to the fish and fish habitat, defined the impacted area and determined options to offset the negative impacts that were identified. Using the design drawings, they established a footprint of the new ferry docks and dredging on the lakebed, then used an analytical model (Habitat/Ecosystem Assessment Tool) to quantify the impacts to fish habitat based on the fish species present and surface area of different habitat types that will be affected by the project. 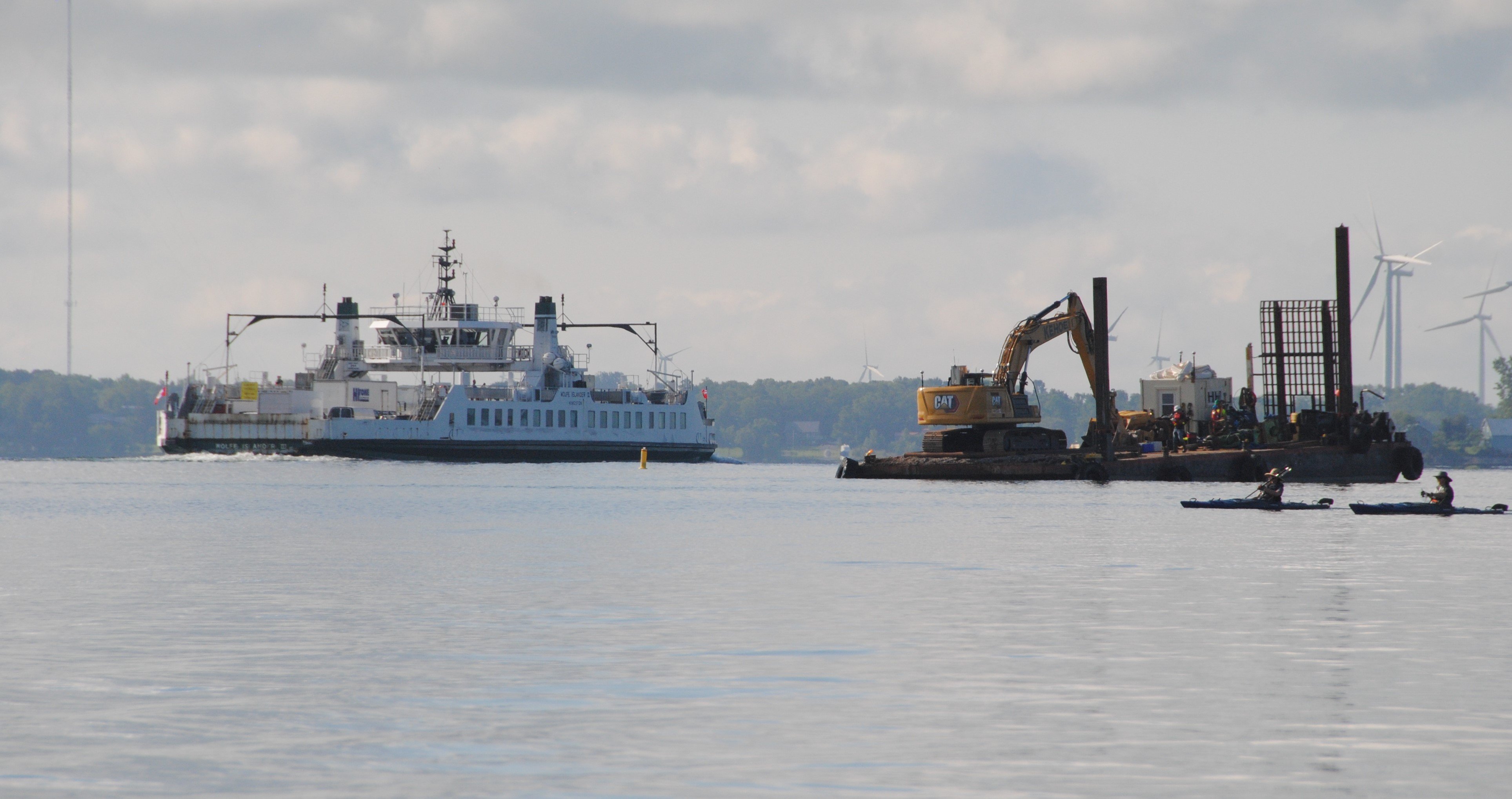 The team’s next step was to find a suitable area to create new or enhance existing habitat to satisfy the offsetting requirement of the Fisheries Act Authorization. They consulted with DFO, Indigenous Communities, Ducks Unlimited Canada (a foundation dedicated to wetland conservation) and other organizations and together, they determined that offsetting in the form of wetland restoration would suit the project’s needs. Work was completed to restore nearby wetlands of similar size to the affected area and as near to the project site as possible. Ducks Unlimited Canada developed a conceptual design that included excavation of new open water ponds connected by new channels within an existing wetland that was overgrown with cattail and provided little habitat value. These open water areas within the wetland are directly connected to the main lake and will provide local fish, wetland birds, and other aquatic species new opportunities to carry out important life cycle processes including feeding, reproduction, and forming nurseries.

In the past, wetlands were often considered wasteland, and many of southern Canada's wetlands were drained or filled so they could be farmed or built upon. We now better understand the value of wetlands, and efforts are being made to protect and improve these ecosystems. However, they are still disappearing under the pressure of human activity and are being threatened by development, pollution, and climate change. The environmental offsetting measures helped restore the degraded and overgrown wetlands so they could realize their highest long-term social, economic and ecological benefits.

Environmental Solutions that Make a Difference

Read more about the design and construction of the Wolfe and Amherst Island Ferry docks here.