Bridging Canada and the United States

The Gordie Howe International Bridge is being developed at the busiest Canada-US commercial border crossing. When complete in 2024, the bridge will connect vital parts of the Canadian and US transportation and economic systems.

In 2012, the Canada-Michigan Crossing Agreement provided a framework for the construction, financing, operation and maintenance of this new publicly-owned bridge.  The WDBA was established to deliver, procure and fund the project through a P3.

The Gordie Howe International Bridge over the Detroit River is designed to two standards, known as a ‘dual-track design’, using the most stringent of Canadian and US standards to ensure the project is constructed to the highest standards of structural design and durability

The project features a six lane cable-stayed bridge – the longest span of its type in North America – with a safely separated multi-use path for pedestrians and cyclists. There are two Ports of Entry with direct freeway connections designed to provide high capacity border processing and 500,000 SF of LEED Silver rated buildings. 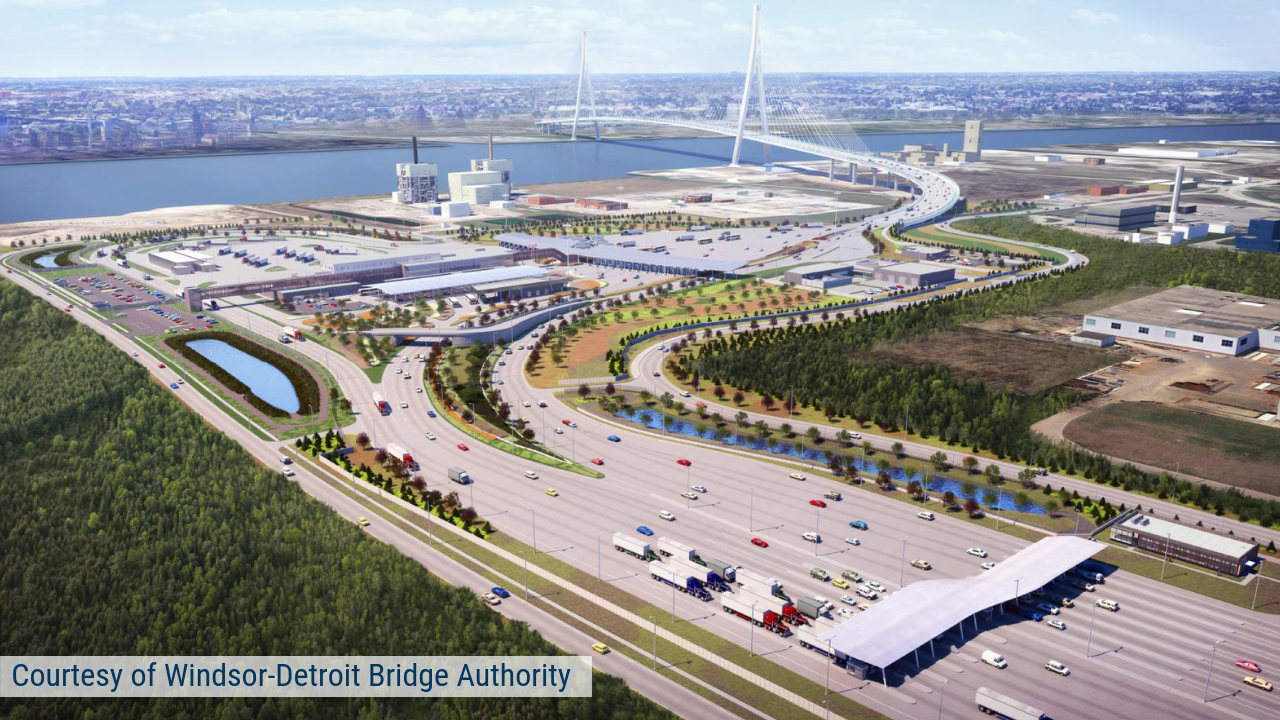 Morrison Hershfield has been involved in advancing this project since 2006. Our contribution began as part of Deloitte’s team to develop the Project Business Case. We were then chosen to continue as part of the Owner’s Engineer team (led by Parsons) to complete the early works to facilitate accelerating construction work to allow for the main contract to be completed by the end of 2024. We continue to provide our advisory services as the facility is being constructed.

To date, we have been involved with:

WDBA is a not-for-profit Canadian Crown corporation created to deliver the Gordie Howe International Bridge project between Windsor, ON and Detroit, MI through a public- private partnership. WDBA is responsible for overseeing and managing the construction and operation of the new crossing. For more information on WDBA visit www.GordieHoweInternationalBridge.com and follow the project on Twitter at www.twitter.com/GordieHoweBrg.