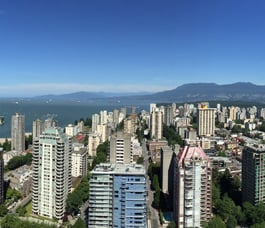 Morrison Hershfield first opened its doors in BC in 1992, with one office in Vancouver staffed by a handful of employees offering primarily building science services. The company now operates offices in Vancouver, Victoria and Nanaimo, with over 120 engineers, architects, technicians and supporting staff.

As of 2018, Morrison Hershfield has 50 professional engineers registered in BC. Our service offering has grown to include telecommunications, building design, energy and component modeling, bridge engineering, transportation and environmental consulting. Vancouver office manager Brian Benson says that the BIV ranking and our expanding operations demonstrate Morrison Hershfield’s commitment to meeting the needs of our clients in British Columbia.

Morrison Hershfield looks forward to continued growth in BC in the coming years.

The top 20 list as defined by BIV is available at Biggest Engineering Firms in B.C. in 2018 (subscription required).