Tropical Storm Olivia is headed toward Hawaii and so is Morrison Hershfield Telecom Structural Engineer, Shawn W. Stevenson.  Shawn is a member of the FEMA Washington State Task Force 1 that recently deployed to Maui in anticipation of a coordinated government response to the storm to prevent terrain issues and health concerns for local residents. 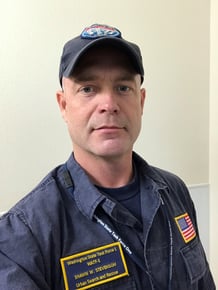 Shawn has had previous deployments as a structures specialist with various first responder emergency rescue teams. He has provided real-time structural guidance during live-event partial building collapse emergencies and a large scale disaster. His passion for structural engineering emergency response is crucial at these times.

We thank you for your efforts and wish you and the team a safe and successful mission.