ReNew Canada has produced the Top100 Projects report each year since 2006. Several hundred projects are researched and analyzed annually to build this comprehensive list of public sector projects from all provinces and territories.

Nationwide Project Involvement
Morrison Hershfield is proud to have a role on the following Top 100 projects located across the country, and representing a number of sectors, including Buildings, Energy, Health Care, Transit and Transportation. 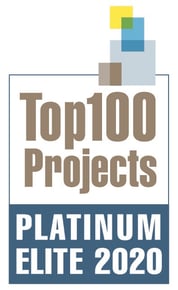 History of the ReNew’s Top 100
ReNew Canada is the Nation’s only magazine exclusively reporting on the infrastructure industry. Each year since 2006, they have developed a comprehensive list of public sector projects at differing stages of discussion, design and construction after researching and analyzing hundreds of projects across the country.