The Northern Virginia Technology Council announced the finalists for the 2020 Virginia Data Center Awards. Morrison Hershfield’s Mike Mosman is a finalist for the Data Center Industry Icon Award which recognizes the person whose substantial contributions to Virginia’s Data Center community over the course of their career have helped advance the industry and underpin the growth, prominence and success of Virginia’s world-leading data center sector.

“The data center industry is extremely important to not only the tech community but to the entire Commonwealth. The economic multiplier effect that comes from being the marker leader is far-reaching in terms of high paying jobs and tax revenue generated. NVTC is proud to recognize Mike Mosman from Morrison Hershfield for his remarkable achievement as well as contributions to the overall success of the region. ” said Brad Schwartz, Acting President and CEO of NVTC.

Virginia is the largest data center market in the world driven by forward thinkers and leaders in the data center community and is filled with many impressive contributors contending for awards at this year's ceremony.

In 1994, Mosman merged his business with the Chesapeake Consultant Group to become CCG Facilities Integration. In early 2019, CCG merged with Morrison Hershfield and together have one of the strongest providers of mission critical engineering services in North America. 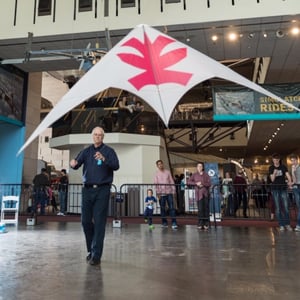 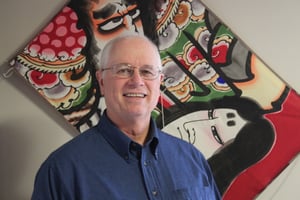 From a large field of nominees, Mike Mosman is one of two finalists for the NVTC Data Center Industry Icon award, alongside Lee Kestler, Chief Commercial Officer at Vantage Data Centers. Many of our colleagues, clients and friends are also nominated for various awards at the Virginia Data Center Awards program this year. Stay tuned as winners will be announced this fall. Good luck to all!