Ramadan is an annual Islamic tradition practiced by a number of Morrison Hershfield staff. This year, to honor the Ramadan tradition of increased charity and generosity, one of our colleagues decided to raise awareness about domestic violence by donating to the Muslim Welfare Home, managed by the Muslim Welfare Centre in Whitby, Ontario. 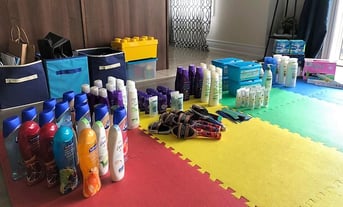 Since 1966, the Muslim’s Welfare Home has provided a culturally-sensitive safe haven for women and children in need, primarily focused on those who are homeless. The facility is a 45-bed emergency shelter where residents stay for a maximum of three months and are provided with meals and modest accommodations. Residents have access to a computer lab, life skills training, resume building skills and other counseling. The goal is to provide hope and plan for a brighter future.

In May, our colleague reached out to her Morrison Hershfield family to let them know she’d be putting together kits of much-needed items for the shelter, and welcomed any contributions. The response was overwhelming! 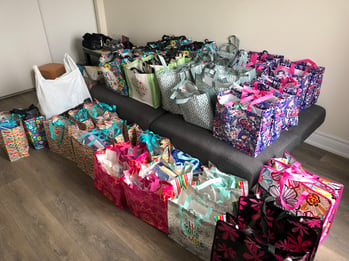 The original goal of collecting the essentials for 20 kits was more than doubled!  Enough items and money was donated to fully stock 54 kits for the shelter. Donations included:

The kits were delivered and gratefully accepted by the Muslim Welfare Centre in early June. Morrison Hershfield continues to be inspired by the selfless efforts of our people.

Collection of these items is an ongoing effort. If you are interested in donating please click here.