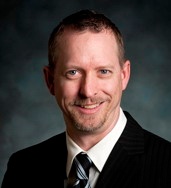 The article notes that according to the American Society of Civil Engineers' 2013 Report Card for America's Infrastructure, more than 200 million trips are taken every day across deficient bridges in the 102 largest metropolitan regions in the United States. "Public entities need to spend time identifying where these structures are in the transportation network, because they might be in areas where there are no other adequate roads to divert traffic to if they fail," LaRose said.

For more on the prioritization of dangerous bridges, read the full article at Risk & Insurance.