The Season of Giving

Morrison Hershfield staff supported a number of Edmonton-area charities this holiday season, including The Mustard Seed, Bag of Hope and Coats for Kids & Families – The Gift of Warmth. 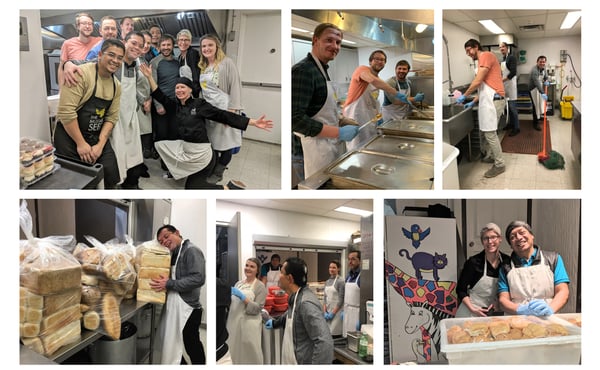 The Mustard Seed helps people living in poverty and/or homelessness to have their basic needs met and provides support toward sustainable life changes and integration into the broader community. Every evening, Monday through Saturday, it opens its kitchen for partnering churches, businesses, schools and groups of individuals wishing to host meals for people in the inner city.

On November 28th, a 10-person team of Morrison Hershfield staff volunteered at The Mustard Seed, preparing and serving a “family style” dinner followed by a “cafeteria style” dinner.  Meal supplies and a cash donation were provided by Morrison Hershfield. The compassion and teamwork displayed by participants was an inspiration and a moving experience for all involved. 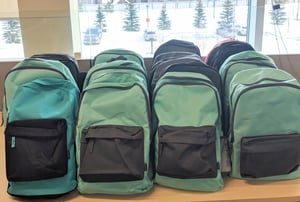 Since 2006, the Bag of Hope program has strived to provide a backpack full of life’s little necessities to Edmonton’s homeless and less fortunate during the month of December. The program has grown from collecting and distributing 75 backpacks in its first year, to approximately 400 small bags and backpacks today.  Morrison Hershfield came together to collect items for 16 backpacks this year. Supplies included items like thermal socks, hats, mitts, unperishable food items, toiletries, travel mugs and first aid kits.

Coats for Kids & Families – The Gift of Warmth

Coats for Kids and Families is an initiative through United Way of the Alberta Capital Region. It began in 1992 due to the overwhelming requests from families and individuals with limited resources in need of winter jackets. Many families simply don't have the means to purchase the clothing needed to stay warm during Alberta’s harsh winters.  This year, Morrison Hershfield filled two large boxes with donations from staff, to be distributed to those in need.

Morrison Hershfield is incredibly proud of the dedication and commitment of our staff who selflessly give their time to improve the quality of life in the communities we serve.