The sustainability of many northern communities, and the health and well-being of the people who live there, is dependent on access to a reliable and clean water source. 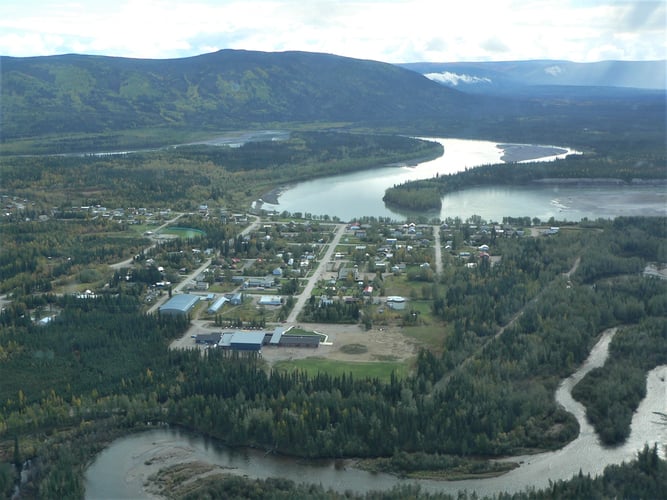 The water supply is impacted by environmental changes, such as reduced snow and ice cover, increased exposure to solar radiation, altered precipitation regimes and shifting seasonal transitions have altered fragile northern ecosystems. The adequate supply of clean drinking water is also impacted by increased resource development pressure, insufficient or deficient infrastructure, and population stress. The reality is that many northern communities in Canada do not have a reliable source of water.

Recently, Morrison Hershfield worked with the Village of Mayo to examine their water supply issues and develop a long-term solution of a wellfield upgrade.

The Need for Safe and Reliable Drinking Water

The Village of Mayo is located in the heart of the Yukon, approximately 400 km north of Whitehorse, and within the traditional territory of the Na-Cho Nyàk First Nation. Mayo has a population of around 500 people.

In the spring of 2019, Mayo was faced with a stark reality. The town’s water supply was threatened because the wells supplying water to the Village of Mayo Water Treatment Plant (WTP) were experiencing operational issues caused by abnormally low water levels.

Through a series of investigations, Morrison Hershfield determined that the low levels in the groundwater wells coincided with periods of significantly reduced flow in the Mayo River. This was directly impacted by the operations of the Mayo Hydro Plant located upstream of the well field. 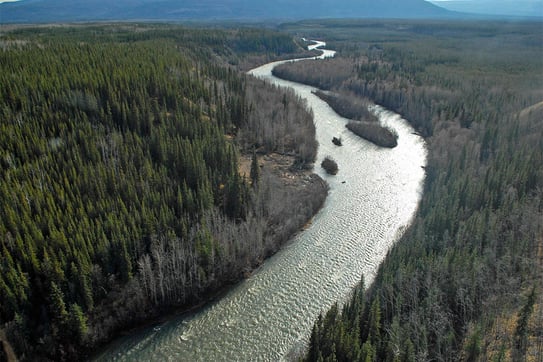 Three of the four existing community wells had to be shut down, putting the village in a very vulnerable position since they were now relying on a single well to supply the entire community with safe drinking water. It was clear that the well field required additional production capacity to meet demand during the periods of low water flow.

Further study of the hydrological and hydrogeological relationship between the well field and the Mayo River formed the basis for the design and construction of a new water well and the supporting infrastructure necessary to ensure a safe and reliable water supply for current and future residents of Mayo and the surrounding communities.

Morrison Hershfield’s unique investigation method used a rotary sonic drill rig to assess the hydrogeological conditions in the wellfield and then based on results, provided recommendations on where to locate a new production water well. 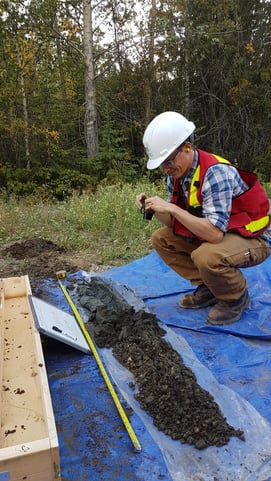 Results of the sonic drilling program provided a “first ever” definitive look into the composition of the geological material in the existing aquifer through the collection of undisturbed continuous core samples. We discovered that many of the areas where the existing wells were located had gravel interbedded with fine sand and organic matter, which most likely caused the well production issues. This was also the most likely cause of sand production that had occurred in cold water well #4 requiring it to be decommissioned.

The sonic drilling program was critical in identifying an optimal location for a new well – one with “clean” gravels with no fine sand or organic material. A traditional drilling method would not have been as reliable in determining ideal conditions since undisturbed continuous core samples would not have been possible.

Once the location was finalized, the new cold water well #5 was drilled, constructed and tested. This well was found to have excellent water quality and met the production target of 18L/second.  The new well is able to continuously produce water for the community even during extreme low groundwater elevation periods, related to low flow in the adjacent Mayo River. 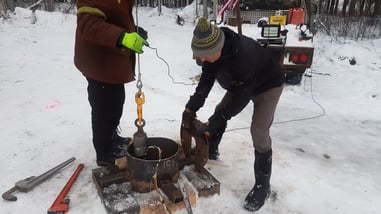 In addition to the new well, reconfiguring the pump placement and associated sensors/flow sleave on the cold water well 3 helped to improve its production, allowing it to meet demand during periods of low water table elevation.

Morrison Hershfield’s environmental team supported project construction by obtaining the necessary regulatory approvals to drill the new well. An environmental assessment was completed, and a project proposal was submitted to the Yukon Environmental and Socioeconomic Assessment Board (YESAB), who subsequently approved the project in September 2020.

After securing YESAB Approval, Morrison Hershfield applied to the Yukon Water Board (YWB) for an amendment to the Village of Mayo’s water license, something that is required to operate the new well. The YWB is expected to decide on the license application in March 2021. 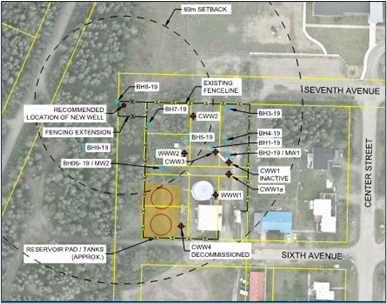 Giving a Community Peace of Mind

The new cold water well #5 will start pumping clean water for the community once the water licence amendment process is complete, and the new well is tied into the Water Treatment Plant. The addition of the new well with its improved design will increase the operational efficiency of the cold water well field by producing almost 3 times the normal rate of water use. This vastly improves the reliability of Mayo’s drinking water supply and goes a long way to ensuring that the Village of Mayo and surrounding communities will have a sustainable source of clean, safe and reliable water for years to come.

“This project will provide us with the reliability that we expect and need, and we are looking forward to the new well coming online in the very near future. – Margrit Wozniak, CAO Village of Mayo”