Working Towards Improving Gender Diversity in the Data Center Industry

Data center professionals gathered at The National Club in Toronto on May 7th to learn more about improving gender diversity in the data center industry.  The breakfast seminar event was co-hosted by Morrison Hershfield and AFCOM, and sponsored by CommScope, EllisDon and Plan Group. 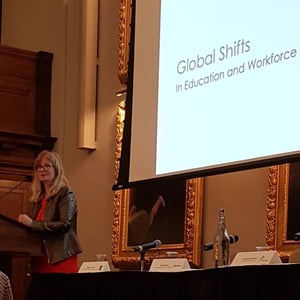 Did you know that the physiology of male and female brains affects the ways each process information?

The keynote presentation from world-renowned author and speaker on the topic of gender intelligence, Barbara Annis, focused on the science behind this important topic and what can be done to leverage gender differences to help organizations in the data center industry succeed, while simultaneously working towards the goal of increasing gender diversity.

“Gender diversity driven by compliance and quotas, isn’t working and never will. By understanding the differences and complimentary nature of men and women, organizations can move from a culture of compliance to one of commitment. They can intentionally and genuinely seek out and engage those differences.” This awareness is what defines gender intelligence and what Barbara Annis has based her research.  Together with her company, Gender Intelligence Group, she has facilitated over 8,000 workshops and conducted thousands of leadership assessments and executive coaching sessions.

Barbara has authored several books on the subject including her most recent, Results at the Top: Using Gender Intelligence to Create Breakthrough Growth. Order your copy here.

In addition to the providing information about differences between the two sexes, Barbara also references how integrating the strengths of both genders in leadership, helps enable favorable work environments, ethical values, motivation, accountability and innovation. Articles that cover key concepts about the ways that men and women bring value to organization and how to leverage their differences to gain a competitive advantage, can be found on the Gender Intelligence Group's website here.

The Panel of Experts 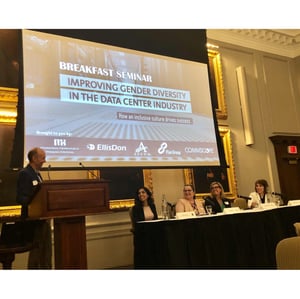 The panel was moderated by Sean Smith from Morrison Hershfield. To start off the panel, Sean posed the question, “What do you think the most significant challenge of your career has been?”

“The most significant challenge was in doubting myself,” said Hersha Leung. She went on to explain how she was tentative to make the change from an electrical engineering firm to a financial institution and credits part of her success to having a great sponsor who had faith in her and guided her throughout her career. Barbara’s presentation reinforced Hersha’s point as she agrees that having men not only mentor but sponsor the success of women is instrumental in enhancing gender diversity in the workplace.

The panel explored other issues. Participants explained how it feels to be the only woman in a room full of men, as is typical in the data center industry. Another issue examined by the panel was on the subject of what men and women can both do to improve the experience of working together on jobs.

“It has to start at the top,” said Deborah Barnes. “Leadership must have representation from women. We need to take on formal mentorship and sponsorship practices and implement inclusivity from the top down.”

“During the hiring process, there should be a diverse panel,” elaborated Karen Pugliese. “We should be looking at diversity as it pertains to hiring and promoting with the input of both men and women so that a specific set of behaviors of one gender aren’t prioritized over another.”

While there is still a long way to go, events like this start a dialogue that helps work towards a more inclusive culture within the data center industry. AFCOM is aiming to further encourage the next generation of female engineers to enter the data center industry by providing a bursary fund for female graduates from the McMaster University Graduate Data Center Research Program. 100% of AFCOM event proceeds this year will go to this bursary fund. If your organization is interested in donating to this fund, please contact the AFCOM Toronto Chapter President, Kevin May. 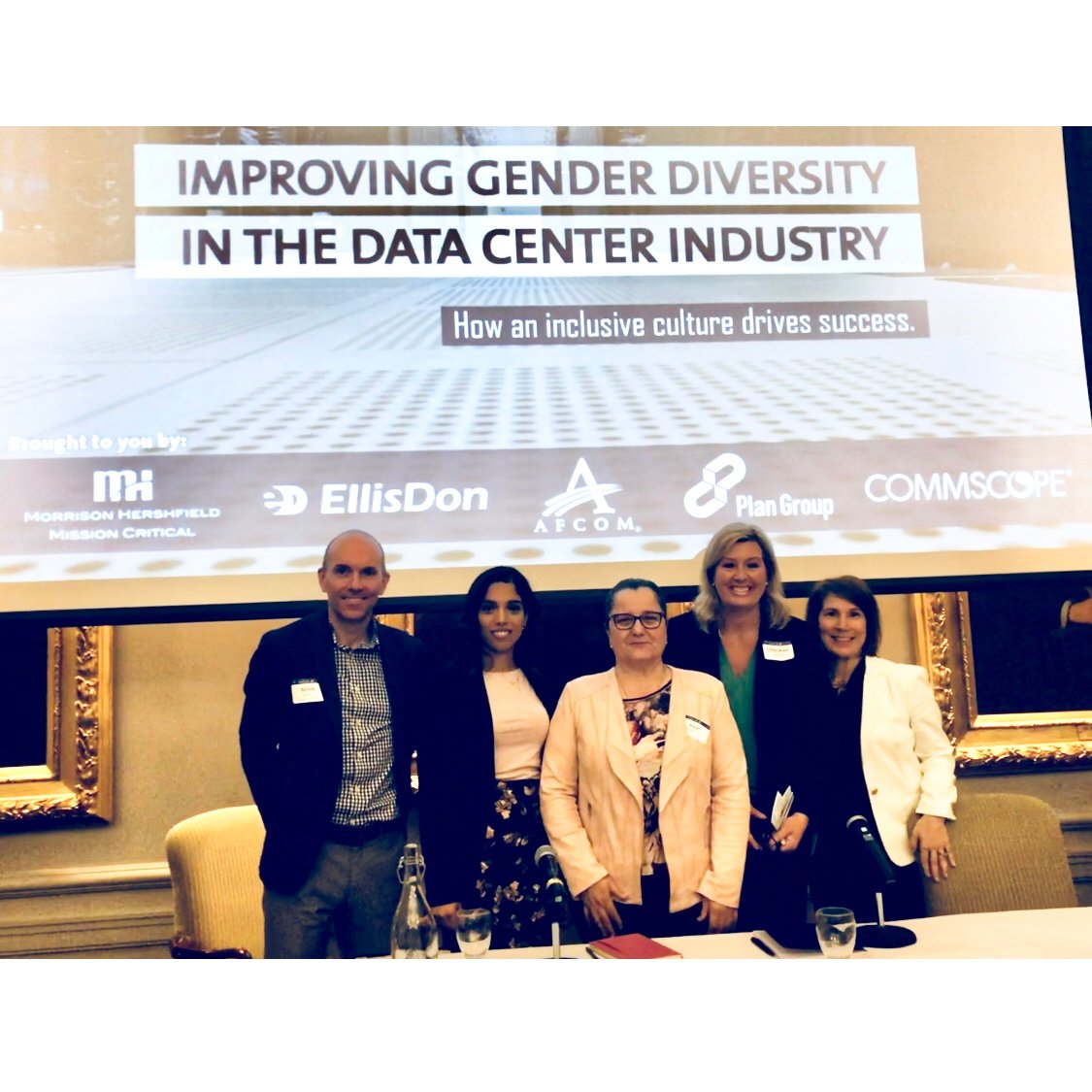